I came to “doctoring” later in life after a long and varied succession of careers. I worked as a linguistic anthropologist on the Navajo Reservation, did quantitative research on a wide variety of subjects, had an import / export business, worked as a metalsmith, and am a mother. Although early on, I had been intrigued by Chinese medicine I opted to pursue other professions.

My own illnesses and imbalances have been my greatest teacher. A passion for finding a way to recover provided the path to becoming a healer and doctor. I am living proof that it is possible to recover from illness and to live a healthful life!

By the time I had completed three arduous years of graduate school at an Ivy League school, my health had begun to collapse. The summer before I was to take my Ph.D. comprehensive exam, through a remarkable turn of events, I found myself in Honolulu, Hawaii. There, a dear friend took me to the office of Dr. Fred Lam, MD, who later became one of the most important influences on my medical path. With his treatment, my health and well-being improved, and along with it, my life! Later he became my mentor, and I became a student of Electro-Dermal Screening (EDS).

I worked with Dr. Lam for nearly 20 years and was his apprentice for 12 years. Our working relationship began while he was setting up the FDA’s protocol for researching alternative medical modalities. For this he created The American Association for Acupuncture and Bio-Energetic Medicine (AAABEM). Researchers wishing to explore the alternative medical modalities they practice could apply to AAABEM as the intermediary between their research project and the FDA. At Dr. Lam’s request, I was a member of AAABEM’s Institutional Review Board from the beginning.

Dr. Lam convinced me to go back to school to get a license to practice medicine so that I too could do EDS. In this way, I ended up going to Chinese medical school, many years after I first developed the intention to do so at the age of 25.

In terms of methodology, I am a synthesist – I combine the conventional methods and holistic perspective of Chinese medicine, the techniques of Energy medicine, and those of Integrative Medicine I have learned from Dr. Lam and other esteemed teachers.

From Dr. Wei Zhou of Albuquerque, I learned the great utility of scalp acupuncture, the tremendous value of Dr. Richard Tan’s work for pain relief, and last, but not least, about Feng Shui and the enormous effect that one’s house can have on one’s well-being.

I continue to deepen my knowledge and practice of Energy Medicine with the guidance of Doug Phillips of West Palm Beach, Florida and Dr. Dietrich Klinghardt of the Sophia Health Institute in Woodinville, Washington.

I also use a powerful technique for treating allergies called NAET which stands for Nambudripad’s Allergy Elimination Techniques, created by Dr. Devi Nambudripad. I first observed its clinical application and utility from Dr. Wei Zhou who pointed out that it allows practitioners to address one of the fundamental causes of illness, allergies. Allergies are probably at the root at the tremendous epidemic of Autoimmune Disease in this country. Along with it I work with patients on their diets and lifestyle in order to reduce their allergic burden.

Presently I am enrolled in the Fellowship program of the Academy of Antiaging Medicine, also known as the Metabolic Medical Institute, which is based in Boca Raton, Florida. From instruction from some of the forefront medical doctors in the world today, such as Dr. Thiery Hertoghe, Dr. Ron Rothenberg, Dr. Pam Smith, Dr. Andrew Heyman, and many others, my current focus is combing Functional Integrative Medicine with the other approaches I use.

The son of a prominent Honolulu physician. Dr. Lam went to medical school and later joined his father in his practice. Later, he became interested in medical treatments beyond the conventional Western protocols and began exploring these alternatives.

Dr. Lam had been intrigued by electronics from a young age. When he heard of the German doctor Rhinehart Voll, who combined electronics with medicine, it was a natural fit. Dr. Lam studied with Dr. Voll in Germany. Upon his return to Honolulu, he began to practice Dr. Voll’s method. For many years thereafter, he continued his training with Dr. Voll and other masters of German Biological medicine, discovering through his clinical experience which medications (both Eastern and Western), herbs, supplements, and homeopathics are most beneficial for curing disease. His specialty was treating and managing serious degenerative illness, especially cancer. He was frequently able to keep patients alive for many years even with cancers of vital organs. For this kind of support, patients came to see him from all over the world.

Studying with Dr. Lam has been one of the greatest honors of my life. It is likewise an honor for me to be able to bring what I have learned from him to you. 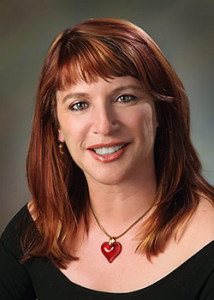